What Kind Of Man Are You?

There is no greater challenge to overcome in our collective social world than the challenge to define manhood in a context that diminishes male perpetrated maladjustment. The inability to react purposefully and productively in good ways to the demands of the situation or environment is arguably a condition that has caused great tragedy throughout the history of humankind, and there seems to be an imbalance in the gender mostly responsible.
mal·ad·just·ed
/ˌmaləˈjəstəd/
Learn to pronounce
adjective
Maladjustment as an individual's failure to meet social or cultural expectations is obviously dependent on the diverse social and cultural expectations referred to in different contexts. This is where things get very convoluted. With respect to the vastly diverse nature of social and cultural expectations throughout our world, relativism becomes a predominant variable in how different groups define manhood, and even more impactful, how they teach boys to become that relative version of a man.

The question primarily is whether we have room in the world for an intercultural version of a good man; one that transcends specific cultural norms and belief systems. Is it conceivable that in the best interest of humanity, a new definition of manhood could be articulated so that no matter the cultural reality, we can collectively understand that boys and men throughout the world are purposeful in their feelings, words, and actions as they apply good and altruistic things? Can we agree that humankind needs a baseline set of descriptors that define what a man is, and how to pursue positive development for boys throughout their formative years so they can become these men?

Disasters in political leadership, terrorism, school shootings, gangs, violence perpetrated on women and children; totally destructive elements of maladjustment that are also overwhelmingly perpetrated by men around the globe, and throughout history for the most part since the beginning of time. Why is this the way of things? Why have we come to accept this reality, and in so many cases actually support it through our endorsement of the stereotyped male psyche underpinning it? 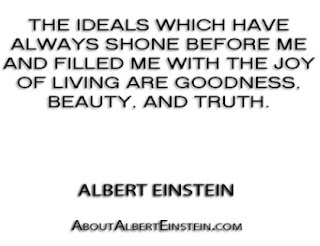 (CC BY 2.0) by QuotesEverlasting
Survival is the question. In order for the world we live in, and the earth we’ve built it on to thrive so our children and the generations of children to follow can in turn thrive, something has to give. It’s a good time to refocus on the transcendentals ¹ as a foundation in support of properties of being corresponding to the ideals of science (truth), the arts (beauty), and religion (goodness). Perhaps in our collective best interests, humankind needs to revisit our philosophical perspectives toward logic, aesthetics, and ethics. If we don’t agree on what is truthful, beautiful, and good to some degree of commonly held ethics, we have no chance of achieving purposeful peace. Consider how far we’ve come with respect to truth, beauty, and goodness despite the maladjusted and destructive behavior of males throughout time and imagine what we could have achieved as a species without it, or even far less of it.

In order to advance the evolutionary process so we can know and live healthy lives of peace and happiness in perpetuity and for the greater good, there is no bigger imperative than to design the definition of manhood that is no longer maladaptive and destructive in nature.
Wikipedia contributors. (2018, May 19). Transcendentals. In Wikipedia, The Free Encyclopedia. Retrieved 17:18, June 6, 2018, from https://en.wikipedia.org/w/index.php?title=Transcendentals&oldid=841994578
Labels: beauty boys goodness hope intercultural man mankind purpose resiliency support transcendentals truth