From britannica.com, the Dunning-Kruger effect, in psychology, is a cognitive bias whereby people with limited knowledge or competence in a given intellectual or social domain greatly overestimate their own knowledge or competence in that domain relative to objective criteria or to the performance of their peers or of people in general. This phenomenon poses a very large problem.
I have written loads about humility, self-deception, opinions vs. facts; choosing our words wisely and I talk about these things constantly. I try to frame them as tools or vessels we can choose to engage others in conversations that are intellectual, productive, generative, and cordial. The Dunning-Kruger effect leads to the antithesis of this sort of discourse. More from the article,

According to the researchers for whom it is named, psychologists David Dunning and Justin Kruger, the effect is explained by the fact that the metacognitive ability to recognize deficiencies in one’s own knowledge or competence requires that one possess at least a minimum level of the same kind of knowledge or competence, which those who exhibit the effect have not attained. Because they are unaware of their deficiencies, such people generally assume that they are not deficient, in keeping with the tendency of most people to “choose what they think is the most reasonable and optimal option.”

The Dunning-Kruger effect is wreaking havoc amidst the challenging (to say the least) sociopolitical conditions we're experiencing around the world lately. Plato was on to something when he asserted that,

“An empty vessel makes the loudest sound, so they that have the least wit are the greatest babblers.”
― Plato

There is no chance for hope to materialize in a society where people think they know, but actually don't, and the volume of people exhibiting this very undesirable trait is becoming overwhelming. Furthermore, the confidence with which so many make their bold, emphatic statements of truth is so confronting and near impossible to grasp. How will we achieve the enlightenment required to understand that enabling the power of knowledge is possible only when the work has been done to acquire that knowledge? 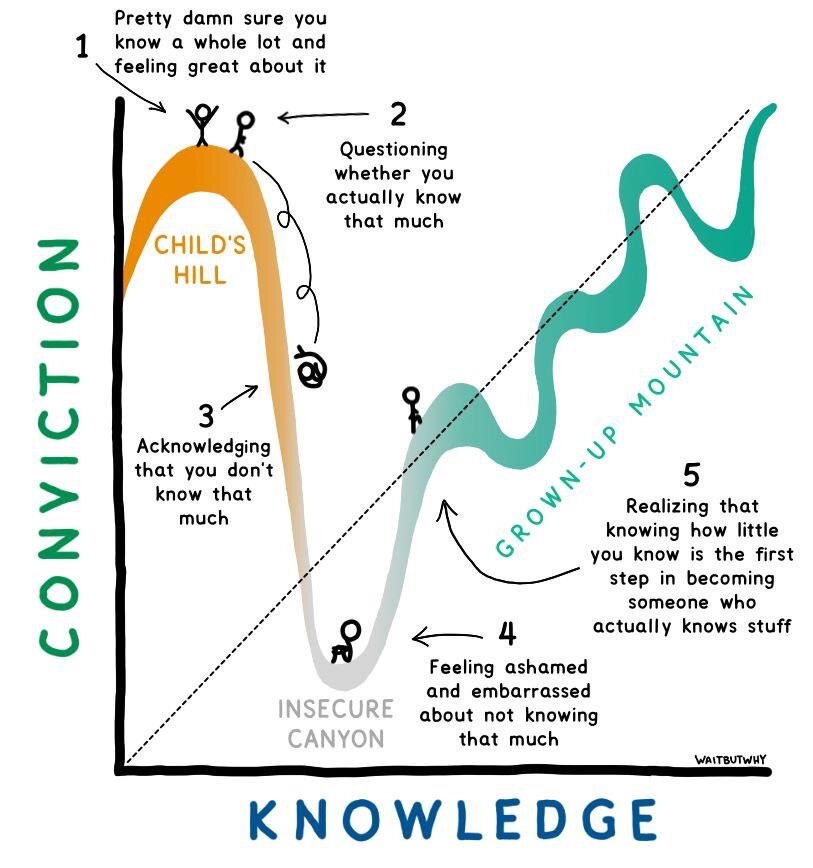 Hope is purposeful when it's contextualized as an action word. We are in the midst of a decline in hope and will do well by taking action to find it again. As an acronym, the word HOPE represents health - opportunity - privelege - education. It remains exceedingly important not to allow the Dunning Kruger effect to hinder our ability to be healthy, create opportunity, exercise privilege, and become educated. The common phrase, "you don't know what you don't know" needs to be reconstituted to "we must seek to know what we don't know. Awareness of our own ignorance is the key to realizing that the work must be done to elevate our collective consciousness. We can't afford to fall prey to highly charismatic orators of self-proclaimed wisdom any longer. We need a knowledge revolution. We need to realize that significant time is required to ascend to a point of enlightenment and that once we're there we will inevitably feel like we need to know more.

Confirmation bias has not served society well. Twisting the narrative to match our subjective beliefs in the attempt to sway others, win an argument, or influence a process is a dangerous game to be played. 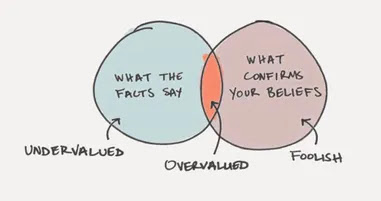 “ten thousand hours is the magic number of greatness.”

Without splitting hairs about the actual number of hours required to master any skill or bit of knowledge, suffice to say it makes good sense that it takes a really long time. The longer we engage in learning about something, it stands to reason that the complexity of our thinking around what we're trying to master will increase congruently leading to the awareness that we need to work even harder to reach the ultimate level of learning achievement. Humility in learning and sharing knowledge, skills, and attitudes is a good thing.

If we're going to emerge from the current state of heightened but unsubstantiated "confidence" in our convictions, we have to abruptly let go of any process or platform that empowers ignorance.